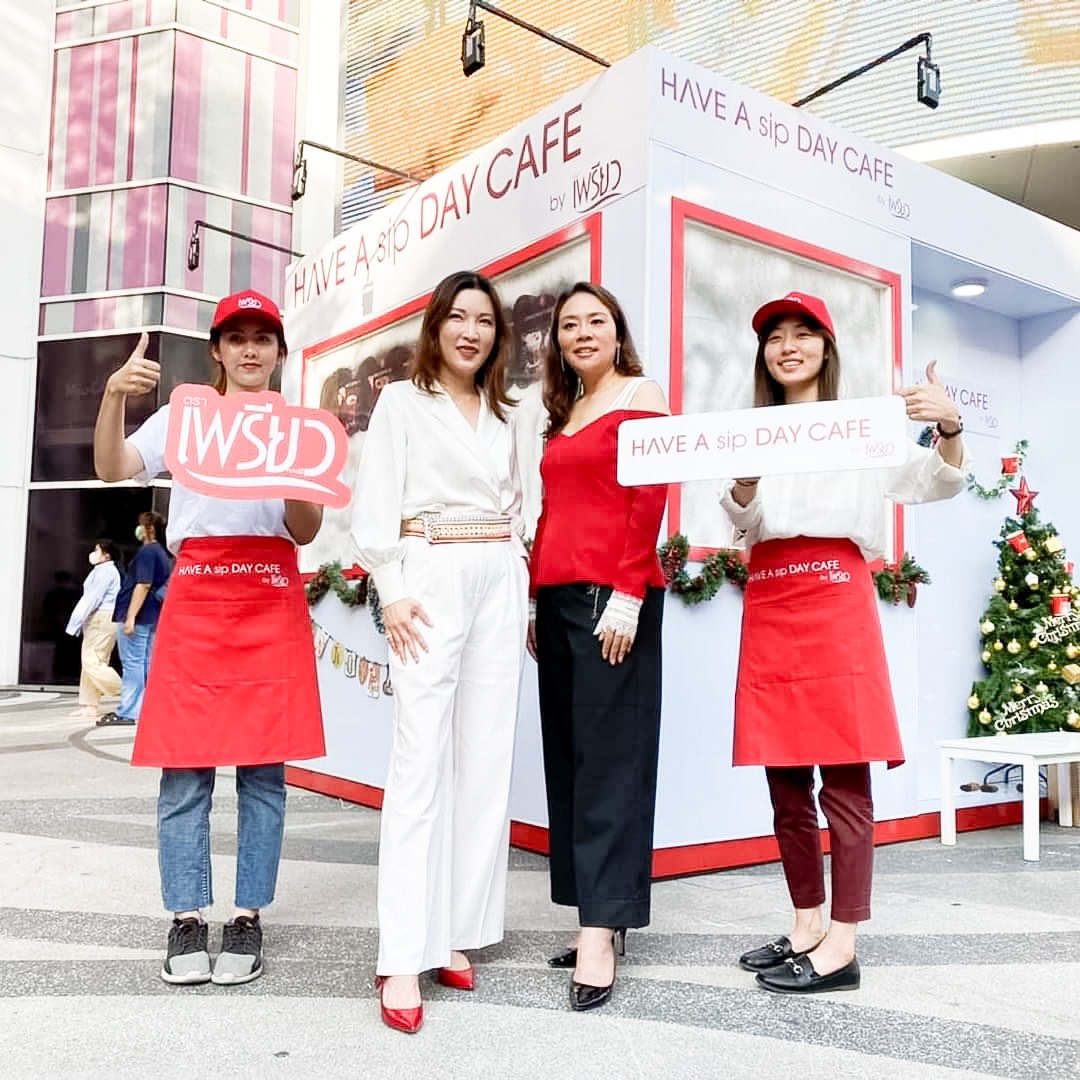 Sappe PCL (SAPPE) has opened its first branch of Have A sip Day Cafe by Preaw in downtown at Siam Square. The cafe is aimed at attracting people of a new generation, who care for health, by offering selective menus with Preaw products as the main ingredient. The drinks are now available as the company wants to make it a new business model for the future. Preaw currently holds a market share of 20% in the diet coffee business.

Sappe Chief Executive Officer, Ms. Piyajit Ruckariyapong, said consumers are more health conscious and care about their shape, thus, the weight-control coffee market meets both desires. Preaw is one example of dietary coffee for consumers, who want to have better shape and good health. Mixing Preaw instant coffee with different ingredients, resulting in particular formula such as Preaw Nutri-grain with chia seed, and Preaw brown rice flake. Preaw Nutri-grain with chia seed containing 3,000 milligram fiber could help enhance excretory system, while the brown rice formula is added with vitamin A, B2 and B6 that help make stomach full and nourish brain. More importantly, both formulas contain chromium amino acid chelate, a supplement to reduce appetite. It is a good blend of Thai behaviors in prioritizing good shape and health.

Sappe is among the leaders in the weight-control market and distribute the product through both traditional trade and modern trade. From the deep observation on consumers’ behavior in buying this product, it is found that the weight-control market could grow through new channels. Online platforms and cafe business are among the channels which currently play vital roles in market expansion, indicating that this business could be growing via more channels. Preaw coffee also prepares to enter new channels.

The company has brought an idea in product creation adding with more accessibility by launching Have a sip Day Cafe by Preaw at the heart of Siam Square, dubbed the capital of refreshments. The cafe is opened particularly for the new generation people who are health conscious but still prefer flavorful drinks with photogenic shots. A number of Preaw innovations were used to create new drink menus specially for Siam Square fellows. Preaw coffee is the key ingredient in all menus that can be served in Christmas festive theme, or making exclusive drinks at home.

Aside from the original coffee, Preaw Chromium, serving both hot and chilled, Sappe’s InnoStudio team has created extraordinary drink menus for the festive period. The whipped coffee, Rudolf the Reindeer, is made of Preaw coffee that is turned into velvety froth by mixing and topping above a cup of low-fat milk before decorating it in reindeer looks. The taste of Rudolf the Reindeer is similar to creamy Dalgona coffee.

Another menu for Christmas is Jingle Bell Log that puts Preaw original coffee into waffle cone and tops with low-fat frothy milk. Grinch Soda is a unique menu that should not be missed for health lovers, who adore a fictional character ‘The Grinch’. The refreshing drink mixes Preaw Chlorophyll and soda water and adds Sappe Beauti Chlorophyll jelly for chewy pleasure. The green Grinch Soda is undoubtedly suitable for Christmas.

All menus are available at Have a sip Day Cafe by Preaw, and are expected to be developed as a new business model for Sappe. The company is ready to open more branches to accommodate the market’s demand in the future.

Preaw Cafe was initiated by a creative idea contest among staff in Sappe’s InnoStudio as consumers tend to be more conscious on their health. A decrease in consuming products with more sugar, cholesterol and calories is a fascinating behavior of consumers, especially women, who often calculate calories before having a meal. Sappe’s Preaw coffee is renowned as a wellness and weight-control product with a clear standpoint in building a slim figure. As the instant coffee under Preaw brand has significantly helped transform the shape to be slimmer, it led to the initiative of Have A sip Day Cafe by Preaw to create drink menus using Preaw coffee as vital ingredient.

“We do not focus on the sales but expect consumers’ participation both mentioning and sharing the stories of Have A sip Day Cafe by Preaw as inspiration. We want Preaw to be more than a product to maintain good shape or control weight as Preaw coffee can be created and be developed further,” Ms. Piyajit said.

The Sappe CEO added that Preaw coffee currently has a market share of around at 20 % according to Nielsen Thailand’s report in October, 2020. Therefore, Preaw is one of the main brands at the driving seat in the weight-control coffee market, and plays a key role in setting the marketing direction. However, the domestic consumption during the COVID-19 outbreak prevented sales to reach the goal but the company eyed more opportunities including traditional trade. More initiatives to enhance the sales are also in place to push the brand growth in 2021.

Preaw currently has 11 brands ranging from instant powder and ready-to-drink products in both bottle and can. The highlight product is Preaw coffee in original formula, the top-selling 3-in-1 instant coffee under the Preaw brand. Chromium amino acid chelate is the key ingredient to help reduce appetite.

Another best-selling product is Preaw Chlorophyll which uses wheatgrass imported from Australia as the ingredient for detoxication. The product has been on sale at 7-11 shops since early December 2020. 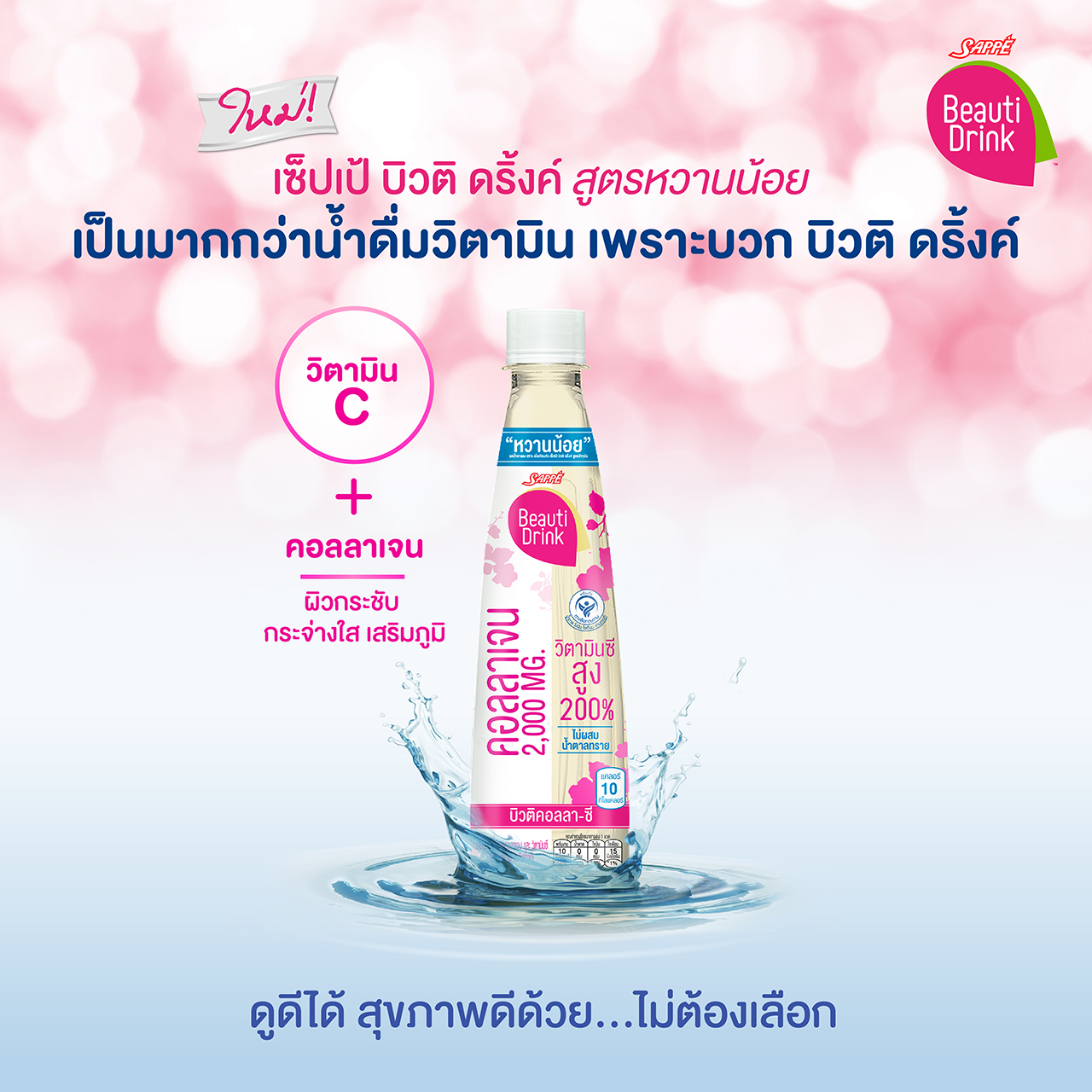